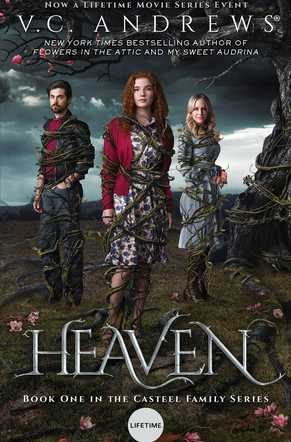 Living in Hell but Still only Heaven Leigh

I can never really say I was ever a big fan of VC Andrews. I am starting to rethink that because I really did enjoy this book. Just like the Gates of Paradise I picked this up because I had planned on watching the lifetime movies with mom. The Casteel series was the last of the family sagas that V.C. Andrews had a hand in before she died and her ghostwriter took over. Which is something I didn’t know.  It’s impossible not to compare it to the Dollanganger series, especially since both dark melodramatic poor examples of what we or at least what I expect “family” to be

HEAVEN is about a young girl named Heaven Leigh (get it?) Casteel. She lives in the hills, cramped in a small shed with her four other siblings, grandparents, father, and stepmother. She is the only child from her father’s first marriage; her mother died in childbirth, and her father kept her on a pedestal in his mind. No other woman can match up, not even his daughters or his new wife, so he mostly ignores his children, abuses his wife, and is a regular attendee of the local “den of ill repute” despite the fact that they’re all starving. I found the father repulsive and the kids all charming. The descriptions were beautifully done even though they were brutal and sad.

Heaven catches the eye of a rich boy because of her beauty, and this is a must for of Andrews’s, too: there’s always a soft and sensitive boy hero figure to whisk the heroine away from her wretched life– until he proves to be just as disturbing as everyone else, only better at hiding it. Logan doesn’t have a chance to show off any true colors he might have, though, as Heaven’s father gets an STD, and kind of loses it after his wife has a deformed stillborn child; he gets the brilliant idea that the solution to their money problems is to sell off his children for $500/ea. to local rich people in the area.

Heaven gets sent off to live with a woman named Kitty, but her nickname could be “Mommy Dearest.” She lives in a house filled with creepy ceramic animals and everything is pink. She has violent mood swings, and living in Casa de Crazy, you could find yourself having your hair lovingly combed out one minute, only to be thrown into a scalding hot Lysol bath the next Her only solace in this house is Kitty’s young husband, Cal, but his feelings towards Heaven– as you would expect– aren’t exactly pure. The feelings that would later ruin things with someone else.

HEAVEN was a good book and by good book I mean you have to have an open mind for the dark parts of it and you have to be okay with the writing which is great in some areas and falls short in others. I will be continuing the series if only to see how the tornado that is this series finally touches down. 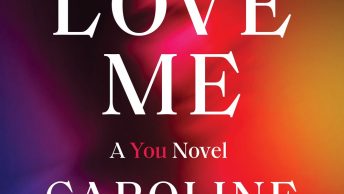 You Love Me by Caroline Kepnes 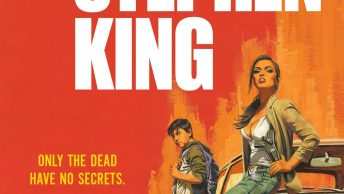