The Vanishing Season by Dot Hutchison

The End of a Series

If you haven’t picked up any of the books in this series please go back and start at book one. If you don’t you might be able to follow along but you will miss so much of the story it will be a shame.The Vanishing Season is the final installment to Dot Hutchinson’s The Collector Series. The kidnapping of blonde-haired, blue-eyed eight-year-old Brooklyn Mercer throws FBI agent Eliza Sterling and co-worker/boyfriend Agent, Brandon Eddison, into the limelight.Battling memories of the abduction of his eight-year-old sister decades earlier, Brandon and other retired agents never able to move past seventeen other cold cases, come together to stop a string of kidnappings spanning the United States and lasting decades.This story is masterfully told from the perspective of Eliza, who physically resembles the victims to a T. Her likeness forces her both into the shadows to avoid raising painful memories with the families as well as into the forefront of the investigation when the Crimes Against Children team needs to force their hand.I enjoy novels that offer more than a singular storyline, and this book has many — from Eliza’s struggle to overcome an abusive past, Bran’s unbridled rage and pain at losing his sister, and the Butterfly girls moving past the trauma of being held captive by the Gardener, to Priya’s acceptance of her sister’s murder. This fourth book in the series ties up all running plot lines.My only criticism was the final chapter, which dumped a lot of information on the reader with a jarring shift in point of view. That aside, The Vanishing Season was an engrossing novel full of fear, compassion, and love. I will miss this flawed and scarred cast. I hope that this author puts out more books in this genre because she has a way of drawing her readers in and making them stay hooked. This was a solid four-star read and would have been a five I wasn’t sad to see this series be done.

The Sorority Murder by Allison Brennan 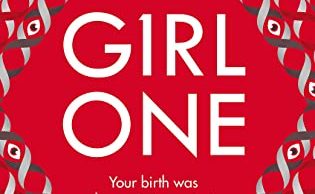