We Were Liars by E. Lockhart
Add comment
Share:FacebookTwitterRedditPinterest 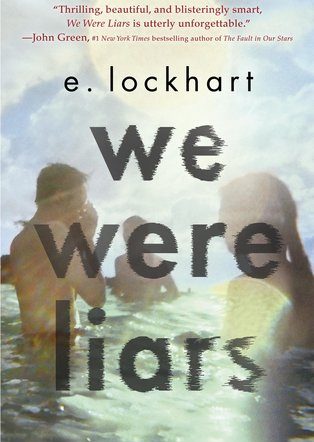 We Were Liars by E. Lockhart

From Genuine Fraud to We Were Liars

I originally picked this up because I read Genuine Fraud by the same author and I genuinely enjoyed it. Pun intended. While I feel like the description of the book tells you everything you need to know about what it is about so I won’t be going into much detail I will say it’s a quick read.The writing is good–poetic, but not pretentious. If the editor hasn’t done his or her job, I tend to do it in my head while I’m reading, but I didn’t need to here. Lockhart’s prose is clear, consistent, and vivid. The narrator’s voice is believable, fresh, and likable. It makes it a much more enjoyable read when the author is clear on what he or she wishes to express. this is the sort of book that could be spoiled VERY easily, so I won’t say too much about it. The story follows the wealthy Sinclair family who owns a private island near Martha’s Vineyard where they spend summer every year. The self-named Liars are three cousins and one outsider, all around the same age, who become best friends and allies. There’s romance, interesting social commentary, and CRAZY family dynamics. What you will probably ask me next is why this received four but not five stars. Firstly, the ending was somewhat predictable due to lots of heavy foreshadowing by the author. If you figure out the ending it takes a bit away from the story. Overall a very good read and very recommendable.