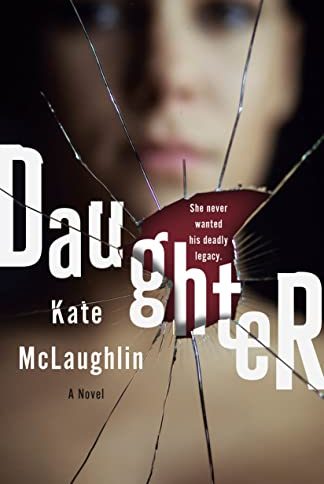 What happens when you are a girl who loves books and the world doesn’t let you read? You apologize to the author and to make up for things you buy the audiobook so that you can inhale the book in 6 hours give or take.

This is a book that keeps you on the edge of your seat. Scarlet is a fairly average teen. She has some great friends, has a boy she is very interested in, and an overprotective mother. She also has a father she has never known, until now. When Scarlet thinks she has a normal life be it with an over bearing mother things are going ok and then the FBI shows up and nothing is ever the same. During their visit Scarlet she learns a great big whopper of a secret. Her father is an infamous serial killer! Jeffery Robert Lake. Now, he’s dying and has said he will only give the names and locations of the victims he hasn’t told anyone about to her. Now the reader knows why her mother is as she is and it makes perfect sense. This is my favorite kind of thriller because You know what to expect but the way it is presented is fresh and fun!

Scarlet is a teen at the end of the day. People expect her to do the right thing, right but how can she when She just found out about  her father and on top of that He’s a KILLER.  The story has your traditional YA and all the makings of a great thriller. An all around a great read 4 stars al the way!

If you would like to buy a copy of  The Daughter by Kate McLaughlin, please click the link below.

Line of Darkness by Max Tomlinson