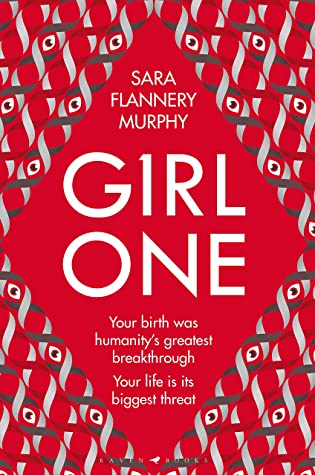 This is the second book today that I have finished that I am glad I read but I couldn’t connect with so therefore did not love, I think as much as I want to give high marks for the books that I receive from NetGalley this might be my first two-star reads. I’m sorry.  The tale is spun around Girl One who was born in 1971 without any kind of male DNA. She would be the first of nine daughters. She was being raised in an experimental commune called “The Homestead” with her creator, Dr. Joseph Bellanger, and the other mothers and daughters, until a suspicious fire takes two lives, and those remaining scatter across the USA, choosing to distance themselves from the experiment and each other.

Then we fast-forward to 1994 where Jose 1994, Josephine is studying in Chicago with the hope of following in her “father’s” footsteps, until she learns of her mother Margaret’s disappearance on the news. She returns to her mother’s home and finds that again there has been a fire, and her mother’s car and purse are there even though she is not.

Interesting concept so far, right? Girl One returns to find her mother with not much to go on. The only clue to her whereabouts-a phone # for a reporter from the Kansas City Telegraph-named Thomas Abbott.  This sparks a road trip where more mother daughter pairs are discovered that rather stay hidden. At this point you might be thinking why did I request this book if I am being so harsh? Every so often I am intrigued by a plot which changes or challenges the status quo of society so this caught my attention. But despite my interest, I found the pace slow and the chapters very long! That being said it does pick up in the second half and you do get a sense of resolution at the end.  If this is your genre of choice then you will love it. For me personally I was glad I stepped out of my comfort zone but I didn’t connect with it. I will be out on the look out for more from this author just out of curiosity.

Rating out of 5
I May Have Liked A Few Things
 2/5
Book 47 of 60
Share:FacebookTwitterRedditPinterest