It by Stephen King
Share:FacebookTwitterRedditPinterest 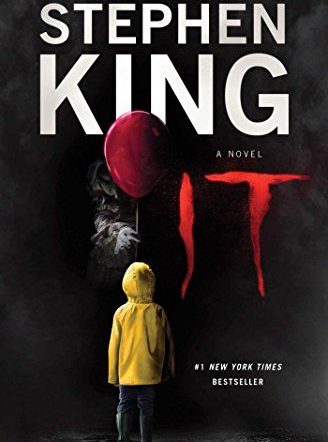 I have an almost unhealthy relationship with Stephen King novels. This is about the 16th time I have read this book and I think I enjoyed it even more this time then the last.
“The terror, which would not end for another twenty-eight years–if it ever did end–began, so far as I can tell, with a boat made from a sheet of newspaper floating down a gutter swollen with rain.”

In the summer of 1958, seven friends encountered something horrible in their town of Derry, Maine. This something fed on children, hunting them, preying on them, and devouring them. It could shape itself in any way It liked, whatever their nightmares suited, but always with one trademark: the semblance of a clown. The seven friends all had something in common: They had all escaped It at some point. And in that summer, they learned about It, confronted It, and killed It… or so they thought.

28 years later… A boy named Adrian Mellon is apparently thrown off a bridge by two other boys for his sexuality. It seems like an open-and-shut case, but the boys claim that there was something down below… a clown and a cloud of balloons.

Soon the friends are called back to Derry, told that It is back. They made a vow, sealed in blood, to return if It wasn’t dead. Each of them is now very successful, and the thought of returning to Derry, of going back to the horror that they’d all forgotten, is more than they can bear, but they had made a promise.

“It” is two stories being told at once. One is the story of their childhood, of their first encounter with Pennywise the Clown, their troubles with the local bullies, the impact of It upon their lives, their own personal struggles, and the eventual defeat of It.

“It” is a story that does take some patience to get into after the initial hook, but afterward, you’ll have trouble putting it down. I looked this year took me about a week longer to read it then last year but I did listen to the audiobook along with my book which seemed to add more depth to my experience. Still a favorite and still a FIVE STAR READ!

If you want to buy a copy of It by Stephen King please click the link below. 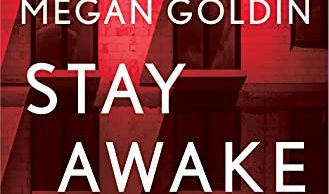