The Day I Disappeared by Brandi Reeds
Share:FacebookTwitterRedditPinterest 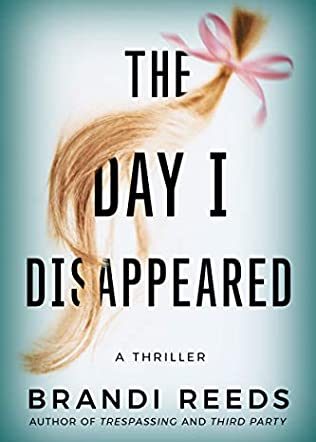 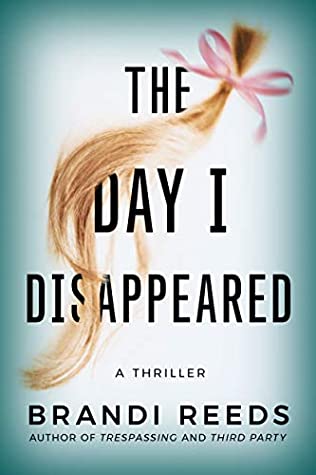 I have never picked up a Brandi Reeds books until this one and I am very happy that Netgalley has put her on my radar. I am a big fan of thrillers and this truly fits the bill. This is a good read and definitely one of those books you can finish in one sitting like I did.

In The Day I Disappeared, five-year-old Amy’s older brother was supposed to be watching her. Instead he was outside fishing. However, when he came home later, Amy was missing. A little bit of time later little Amy’s body is found drown and her brother never forgives himself.

Holly was kidnapped as a child at the age of five. She was returned months later essentially unharmed. While Holly remembers nothing, she had a wound on her forearm and a missing tooth. One of her church members was convicted of the crime but the more I continued turning pages I am not sure about it at all.

Twenty years later, Detective Jason contacts Holly. He believes Holly is the first in a string of abductions and that she is the only hope of finding Skyler the latest victim alive and well. Only one of the ten was found alive Holly.

Holly tries to help Jason, by trying to remember details of her own abduction. But with her mother stuck in a coma in the hospital, her best friend’s upcoming wedding, and her on-again-off-again relationship with her boyfriend, she already has a lot on her plate.

The Day I Disappeared is an immensely twisty tale combining a serial child abductor story with some intense family drama. Both Holly and her best friend, Kitten, struggle with their relationships with their parents. While in a coma, Holly’s mother, Cecily, is also narrating part of the book. Which adds so much more dimension to the story I found myself enjoying the voice of Holly’s mom very much. Be prepared to dislike many of the characters, my least favorite is the best friend once you read it you will know why. Never Holly though she goes above and beyond to try and figure these abductions out not only for the little girls but for herself as well.

If you would like to buy a copy of The Day I Disappeared by Brandi Reeds please click the link below.