The Girl Beneath the Sea by Andrew Mayne
Share:FacebookTwitterRedditPinterest 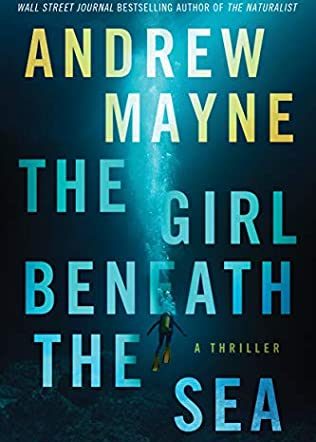 The Girl Beneath the Sea by Andrew Mayne

The heroine, Sloan McPherson, a PhD candidate, and a local police recovery diver, is diving in a Southern Florida canal looking for archaeological finds for her advisor. When she surfaces, she discovers a body floating in the canal that was not there when she started her dive. She calls 911, and police show up. They asked her for her driver’s license. Since she still is in her wet suit, she goes to her car to get her purse. She discovers that her driver’s license is missing. Sloan says to herself, “The killer knows who I am. The killer knows where I live.” My attention captured right there.

The main story-line proceeds with high tension scenes with adequate twists, turns, and misdirection’s that kept my interest. The author stacked the deck for tension not only with the antagonists but also within the protagonists. Sloan is very independent and will do what she thinks best at the time even if it goes against her training and surely test her physical limits. Her father who taught her how to scuba dive took her out on many treasure-hunting expeditions, some of which he may not have reported to the state of Florida. He also helped a friend built custom boats with hidden compartment. There is Run, a nickname, for the father of Sloan’s young daughter. He helps significantly in parenting responsibilities, but Sloan will not marry him. Lastly, there is George Solar who was the lead investigator of Sloan’s uncle Karl for drug smuggling who now lives rent free at the pleasure of the State of Florida. Eternal hatred would be too light of a description of Sloan’s feelings towards George. At times, the internal conflict seems greater than the external conflict. Most of the above is provided by extensive B-storyline threads significantly in the beginning of the novel but still throughout the novel.

There are not any intimate scenes in the novel, but Sloan has the mouth of a sailor. Also, Jackie, her young daughter, has a mouth on her also. There is some violence but even though much of it is described as it happens, it was not near to being over the top. So, if you are offended by excessive language, reader be warned.The only aspect of this novel that left a little questioning was several of the underwater scenes. I am not a scuba or free diver, but they seem stretching the envelope of credibility, but this is a work of fiction. They kept the tension high and the story line flowing. Overall, my assessment of this book is an action thriller. It was quick and easy and a series that I will continue to read the next book comes out in 2021.

If you would like to buy a copy of The Girl Beneath the Sea by Andrew Mayne please click the link below.

The Girl Beneath the Sea by Andrew Mayne