Then She Was Gone by Lisa Jewell
Share:FacebookTwitterRedditPinterest 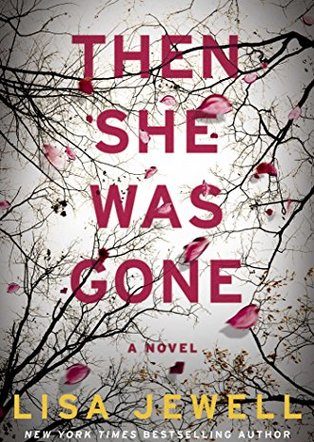 Then She Was Gone by Lisa Jewell

I have a few Lisa Jewell under my belt now and I am happy to say that this is just as good as everything else I have picked up. I love a good thriller that has twists and turns and this sure delivers both twists and turns.

“Then She Was Gone” is a novel about a fifteen-year-old girl named Ellie Mack who disappears in 2005. Much of the book takes place in 2015 and is narrated by Laurel Mack, the missing girl’s mother. Ellie was Laurel’s youngest daughter. Ellie’s remains have finally been discovered, so maybe the family can now have some closure. Not that the family unit is still intact. Laurel was so filled with grief over the last ten years that she had nothing left of herself for her husband or her other children. Now Laurel is divorced and is estranged from her older daughter and son. The book alternates between 2015, back to 2005, when the story is told from Ellie’s point of view. The reader learns what happened to this fifteen-year girl. And, eventually, Laurel learns the truth also.This is the fifth book I have read by Lisa Jewell, and I’m giving it five stars like I did the others. But, unlike the others, I’m not recommending it for everybody. Something awful happens in this book. Those who don’t like reading disturbing things should move on to something else. Not that it’s all that graphic. It’s just so heartbreaking and hard to get out of your head. Why do I like this author so much? Because, once I start one of her books, it’s hard to put down. Sometimes books, even good books, feel a bit like “homework” to me. But not Lisa Jewell’s books. She makes me want to know more about the characters and about what I will discover next. There’s a lot of nuance in her characters. Also, I think the fact that Lisa Jewell is British it’s part of the charm. I love the settings, the strange brand names, the unfamiliar expressions, and words not commonly used in the U.S. I love the amount of detail, not too much and not too little.Lisa Jewell’s writing style reminds me a little of Liane Moriorty, although this book has some of the darkness of Gillian Flynn and is as disturbing as a Karin Slaughter book.

If you would like to buy a copy of Then She Was Gone by Lisa Jewell  please click the link below.

Then She Was Gone by Lisa Jewell