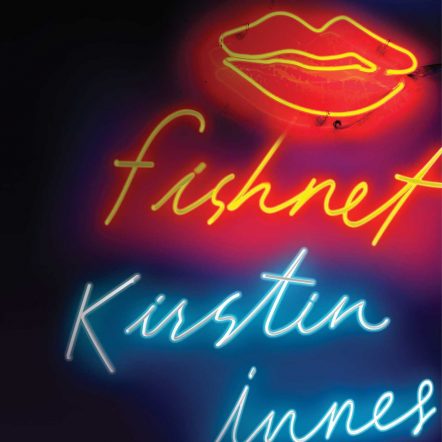 I was given an arc of this book on NetGalley a while back and I am not sure what happen and I never got around to downloading it. So when it came out on my Goodreads I figured it was a sign that maybe I had to read it. I am so glad I did this was such an interesting yet dark read. I don’t know what I expected but this was really good. It’s been six years since Fiona Leonard’s younger sister Rona arrived at her flat with her new baby daughter and then left leaving her child behind. No-one has seen or heard from her since and Fiona has been left bringing up her niece on her own as if she is her own child.

When the company she works for is involved in the demolition of an area of Edinburgh where prostitutes work from, they start to kick up a fuss and protest outside her work. Having just discovered that her sister was working as a prostitute before she went missing, Fiona sets out on a course to befriend the girls and hopefully locate her sister.Fishnet is an eye-opening book set in the world of prostitution surrounded by a story of love and devotion of one woman’s determination to find her little sister. The book is split into six sections as well as the opening and ending chapters labelled ‘Past’ and ‘Future’. The main section is called ‘Present’.

What I found intriguing was that the first chapter is written in second person which is something that is very unique. I enjoyed the structure of each section. Whether it be City or Village or Back and Forth. I loved how it made you pay attention and gave light to a subject that is not often written about or at least written about well. Between the regular sections and chapters, you also get blog posts and more of an insight into the life of a working girl and their clients. I know that this is not an easy subject for some and that some of the scenes in this book is graphic but I enjoyed the way it was written and it not feeling like the topic was just brushed over.  Fiona is a broken girl. She is playing mommy to a little girl and not getting any help from her parents who don’t want to talk about there daughter.  This was a much easier read then I expected and the research that is done shows because it was beautifully written.