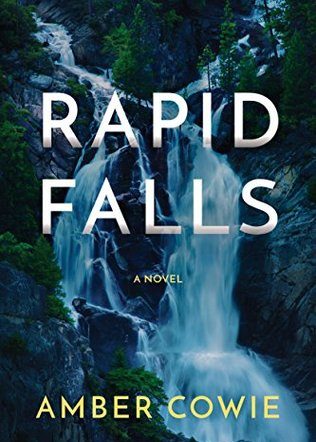 Happy 2019 Everyone First day of the year done and first two books are done. I feel so accomplished.  I had heard Rapid Falls was a good psychological thriller most of my friends know I love a good thriller so when Victor suggested I read this I was all set to go.  It is the debut novel of writer Amber Cowie. The book follows Anna and Cara, two sisters born a year apart, through dual timelines (the late 1990s and 2016). They are involved in a fatal accident the night of Cara’s high school prom. Anna, who was supposed to serve as the designated driver, is charged with a felony DUI and sentenced to three years in prison. the story moves between the late nineties and 2016.

Cowie reveals the events leading to the accident slowly, so the reader begins to parse together what really happened. Anna’s life goes down the drain after her term in prison while Cara achieves her perfect life with a wonderful husband, daughter, and job. However, not all is as it seems, and twists are rampant. I found this well written and very well paced and loved the idea that not all is as it seems in Rapid Falls.

Rapid Falls deals with unpleasant topics as revealed by two unpleasant sisters. Sparked by a truly toxic family background, sibling rivalry, drug and alcohol addiction, and jealousy permeate through the book, slowly simmering to a full-blown boil. Anyone who has experienced challenging relationships with their parents and/or siblings will immediately recognize the authenticity of the family dynamics. I found myself feeling bad for the parents of these two young women as the story goes on but once you read you will see why.

As Rapid Falls progresses, Cara, the protagonist, becomes the more unlikable character. Many of the other characters, like her husband, are minimally developed, seen only through the narrow slit of Cara’s point-of-view. , making it difficult to spend an entire book with her. None of the other characters are well developed. We only get to know them through the narrow spectrum of Cara’s viewpoint.

I would not consider this so much a thriller, as an intense, tense family drama about a sociopath. If you feel a villain should get a just punishment, you’ll probably be disappointed by the ending. All and all a solid four star read and a good way to start 2019.