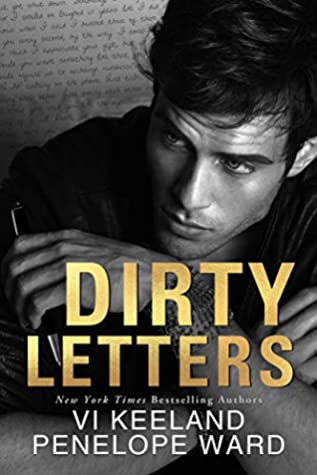 Love at First Letter and a Ferbie

I have to tell you if anyone ever told me that I would love biking while reading a romance novel, I would tell them they were crazy. Thank you so much for writing a book that is such a pick me up. Now let’s talk about what I loved about these pages. DIRTY LETTERS is the new co-authored friends-to-lovers rockstar romance that I found utterly refreshing You ladies outdid yourselves. The heroine is agoraphobic, that first reared its ugly head after her best friend died in a fire at a concert. And there, of course, is also survivor’s guilt. When Luca was seven years old, she became pen pals with a boy in England. They became best friends and confidantes over the years, their honesty one of the most remarkable features of their friendship. Until the fire. After that, it is a ghost town Luca disappeared leaving the boy not knowing anything.

Griffin, now a famous rockstar known as Cole Archer, lets her know how he feels about this in a petty letter eighteen years later. I have to say, I was happy to see how fast Griffin forgave Luca. For a few months, these two communicate only by letter and they find back into their easy friendship with the addition of a growing attraction. But Griffin, who has learned the hard way that fame comes at a price, cherishes the fact that Luca doesn’t know who he is. Luca with the help of the letters becomes braver and I am here for it.

I have so much love for all the characters in this book. Griffin was a great guy, an amazing friend, and a patient, an understanding boyfriend who was totally smitten with his girl, how he held on when things got rough, never letting her down. The way Luca’s debilitating condition was portrayed made her relatable and my heart ached for her because, really, when you can’t go out of the house without fearing a panic attack, how do you deal with the idea of dating a popstar? The despair because you’re trapped in your head…what do you have to offer except your heart?

Lastly, there is Doc, Luca’s therapist, who was simply the sweetest. I just picture a cross of Mr. Rogers and the Doc from back to the future. This book packed such a punch of steamy moments and a mixture of sweet moments and drama. The story is new and refreshing and fun and the only thing that made me sad was when it was over. I hope there is more co-writing in the future.

If you would like to buy a copy of Dirty Letters by Vi Keeland & Penelope Ward please click the link below.

Rating out of 5
All-Nighter Worthy
 4/5
Book 33 of 121
Share:FacebookTwitterRedditPinterest