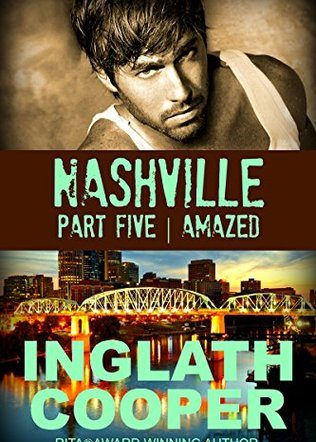 Amazing from Start to Finish

I think I might be the only person who preferred Thomas over Holden even in the first book. Don’t go yelling at me I love Holden and Cece! But Thomas has such an interesting story that you can’t help but love the person He is inside and out.

Thomas Franklin’s life has reached a point that he always dreamed that it would be but never truly believed that it would. His only wish is that he could find a girl like Holden did in CeCe. He thought he did at one time before they had ever become famous but after one night, he never saw her again. When he agrees to be a special guest for Cage Phillips with an event, he never would have thought that he would once again run into Lila but there she was. He’s determined that he will not let her go without at least trying to talk to her but when she once again disappears, he never would have imagined the secret that she had kept from him for the past seven years, nor how that secret would change his life forever.

He was so sweet where Holden was a complete douche at first. Thomas never once faltered though and backed off when he saw that Holden had feelings for her. He’s one of those perfect good guys even when he lost his way a bit and I was so happy that he’s finally getting his own story. This book was amazing! I loved every minute of Lila and Thomas’ story except the end and that is only because I wasn’t ready for it to end on another cliffhanger.