A Discovery of Witches by Deborah Harkness
Share:FacebookTwitterRedditPinterest
AcademicFictionParanormalRomanceSupernaturalUrban Fantasy 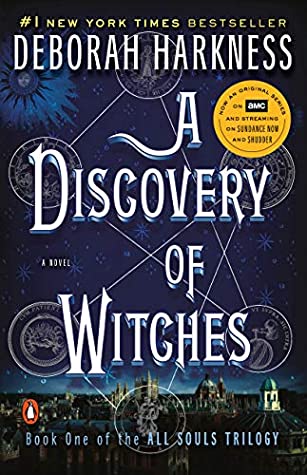 Diana, a witch who avoids using magic, is studying alchemical history when she finds an old book covered in magic; she returns the book to the library archives, but witches, vampires, and demons are all hunting it, some bringing danger for Diana, and others. Especially ancient vampire Matthew. Who wants to know what is in the book as much as he wants to know Diana which in turn makes for a good story. Romance, supernatural, science, and history combined in an adventure story that makes the 600 pages just race by. I loved the relationship between Diana and Matthew and look forward to what happens next. I have started the show and prefer Mathew in the book versus the way he is portrayed in the show. The book is not a traditional romance but rather feels the story marries the supernatural and scientific as the story is based on Matthew’s investigation of the scientific origins and perhaps extinction of the supernatural “species”. All the scientific investigations are combined with Diana’s interest in history so this is really a book that requires lots of thoughtfulness and time. — and there is a lot of adventure as well. While I love the main characters, I will say that the supporting cast of characters is well done and well developed with lots of depth for example I love Mathews Mom and Diana’s aunts. I know that the whole vampire, witch, demon thing has been done, done, and overdone throughout the years…. however, it is the strong characters and premise around the book that make this series for me.

I cannot make the comparison like some readers that this is Harry Potter and Twilight I just do not see it at all. I love the setting and, the plot keeps you turning pages. This is day two of my snow day and, I have finished seven books and, the second in this series is being listened to as I write this. I am pleasantly surprised and slightly addicted to the story and writing style.

If you would like to buy a copy of A Discovery of Witches by Deborah Harkness please click the link below.

Rating out of 5
All-Nighter Worthy!
 4/5
Book 7 of 121
Share:FacebookTwitterRedditPinterest 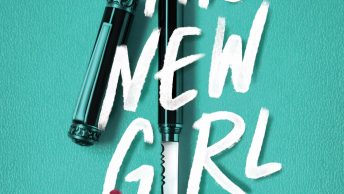